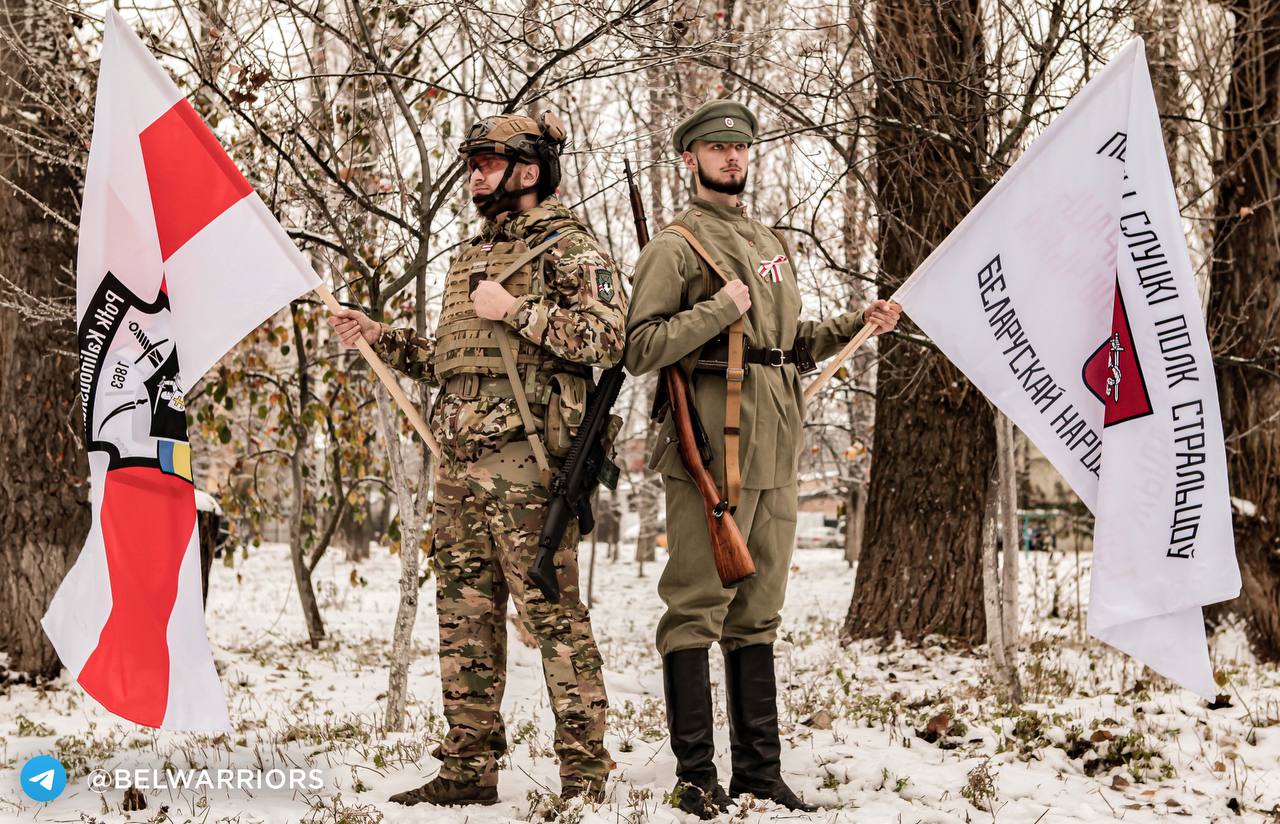 Those who went to die for the Motherland to live

Attempted armed defense for independent Belarus took place in November and December 1920 in the Slutsk region. Then the Belarusian peasants, under the leadership of the intelligentsia and nobility, resisted the Soviet troops.

More than a hundred years ago, the goals of our heroic predecessors were clear and close to every Belarusian - indivisible Belarus and independence from Poland and Russia.

The Kalinoŭski Regiment considers itself the descendants of all those who once fought for the independence of our fatherland. You have become an example for future generations. They are real heroes. It is their way that we proudly continue, fighting right now with the Russian Empire. We are confident that we will remove its influence from our native Belarus and the goal set more than a century ago will be realized in the near future.

Long live Belarus and glory to its heroes!