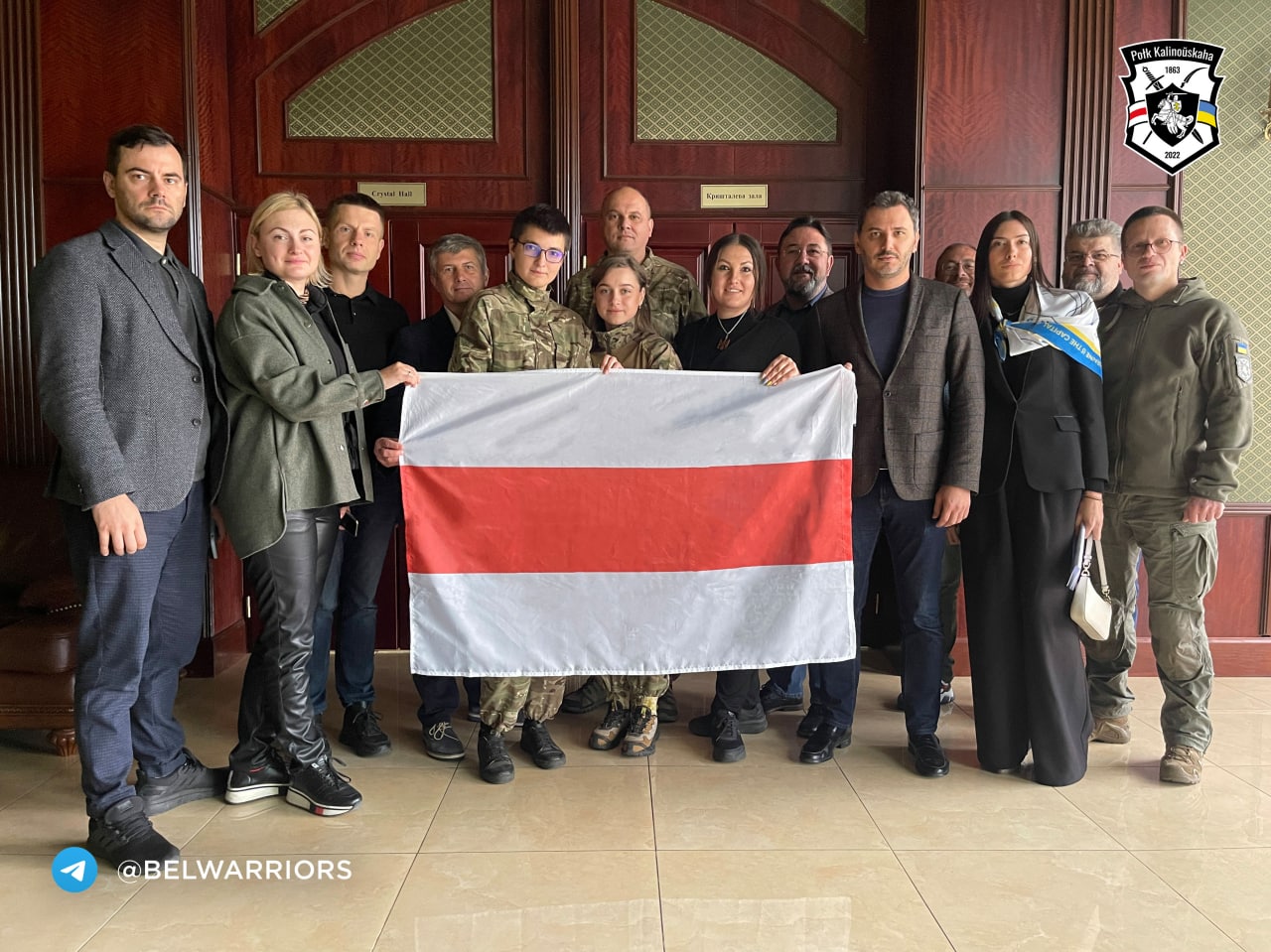 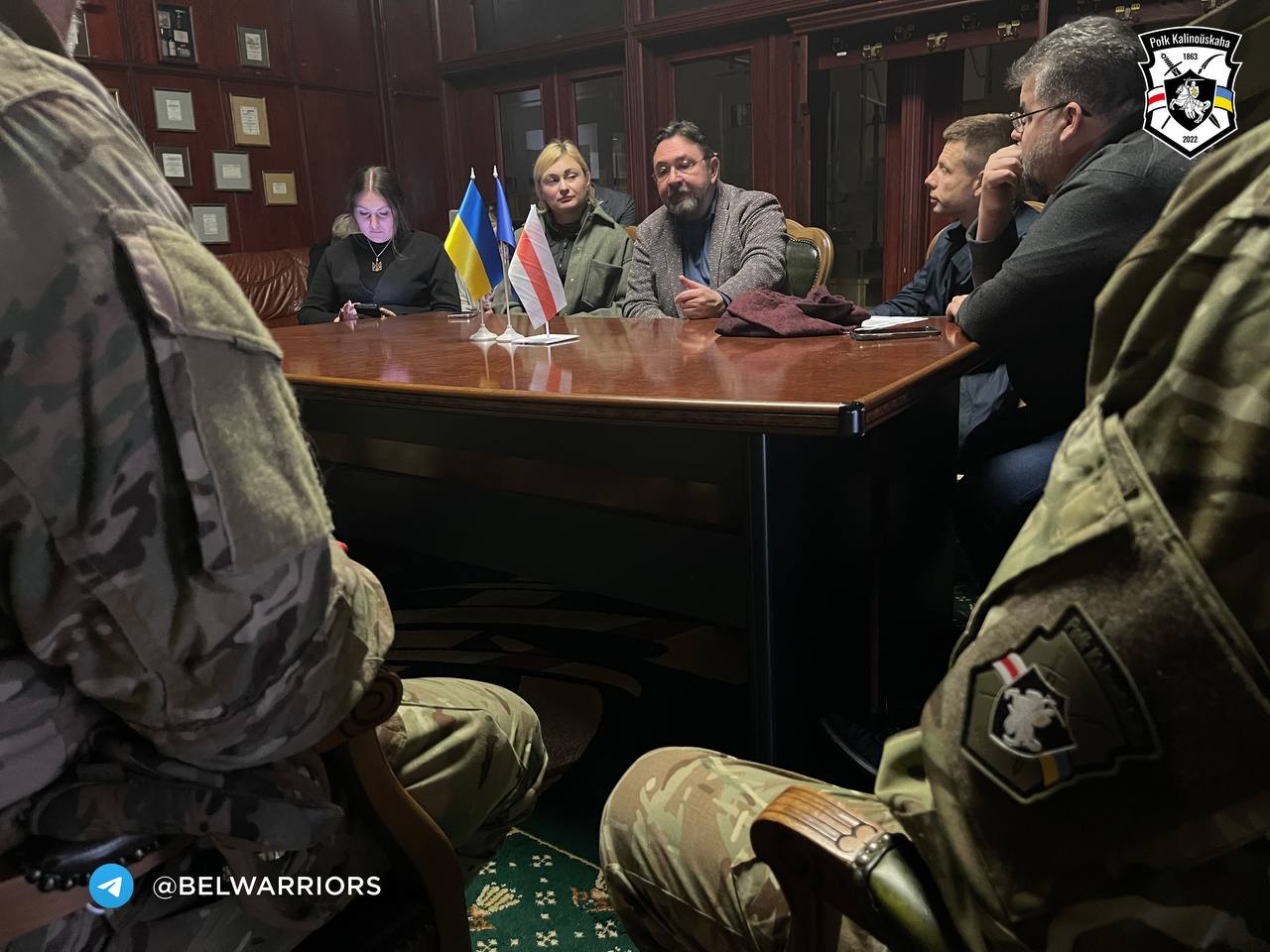 Issues of Belarusian-Ukrainian relations in the context of Russian aggression were raised.

The Ukrainian side expressed respect for the Belarusians who are fighting with weapons in their hands for Ukraine and declared their desire to cooperate with the Kalinoŭski Regiment as a legitimate representative of the Belarusian people in Ukraine.

Military and political issues and plans for the development of the Kalinouski Regiment were discussed.

As a result of the meeting, several important decisions were made:

In response to the request of the soldiers of the Kalinouski Regiment, the deputies of the Verkhovna Rada of Ukraine decided to invite the Cabinet of Ministers to make changes to the Decree regarding the citizens of Belarus.

Amendments to Resolution of the Cabinet of the Council of Ministers of Ukraine No. 168-2022-p. will be put to vote in the Verkhovna Rada.

The deputies also decided to vote on a resolution on recognizing Belarus as a territory temporarily occupied by Russia.

It was agreed that the deputies of the Verkhovna Rada of Ukraine, together with the representatives of the Kalinouski Regiment, will defend the interests of the Belarusian people in the European and world parliamentary institutions of the OSCE, PACE, and the NATO Parliamentary Assembly.

According to the results of the meeting, the parties agreed on permanent cooperation with the deputy corps of Ukraine in the direction of the liberation struggle of the Ukrainian and Belarusian peoples.